Acne on Sun plus the ISS!

All I can say is wow! As we were getting ready to head back to Atlanta today I got this email alert from California Sky – a group that provides an automated alerting services for astronomical events:

I had created the account years ago and set it to send an alert for transits of the ISS. A transit is when the ISS passes in front of another object in the sky as seen from an observers location. When I clicked on the link I got another surprise – Dogstar Observatory was almost directly under the transit path:

Notice from CalSky that Dogstar Observatory was directly under the transit path! 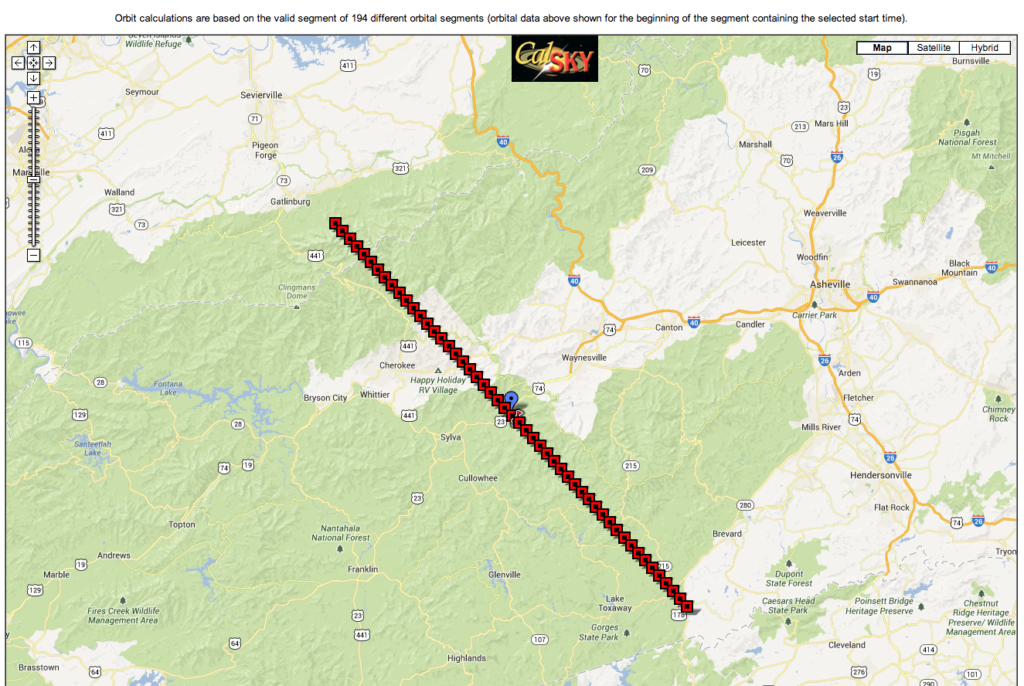 If you think about the geometry for a second you will realize that transits are usually very localized events – imagine the shadow of a airplane or cloud that swiftly moves across the ground if you happen to be in the right spot at the right time. ISS transits are not rare – they occur just about every day somewhere on the planet – but the odds of one happening near you are quite low. Several notable amateur astronomers are dedicated to transit photography and spend considerable time and money on telescopes, cameras and travel to where a transit will occur. Fortunately in this case I was directly under the path of the transit, it was a clear day and I was ready (more or less!).

Oh and I forgot to mention that although the alert was sent at 7:23 AM, I did not see it until 10:00 AM and only had 52 minutes to get ready to try and photograph the transit. Given all the things that have to work properly in the observatory that was not much time to prepare. Anyway to cut to the chase, I used my trusty Olympus OMD-E5 and new telescope adapter (it arrived only last Friday) to photograph the transit through the Dogstar Observatory’s 6 inch refractor. You can see the resulting images below. The first one is with nothing but sunspots, the next two are the only two images of the ISS in the 40 or so I took during the 1.4 second event and the last is the area of the ISS and a sunspot enlarged. It looks a bit fuzzy due to the small aperture of the scope (the pros usually use a 10 inch or larger ‘scope) and perhaps less than precise focus. 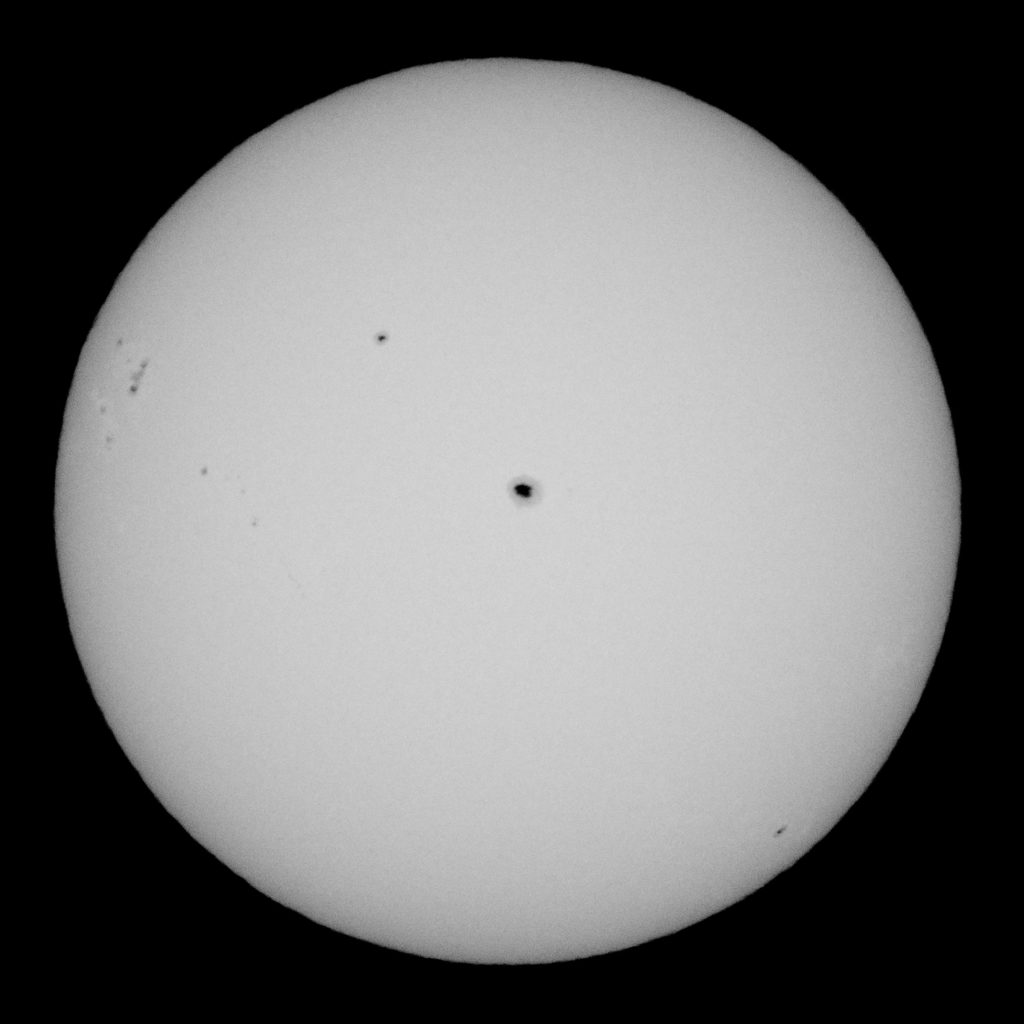 Sun prior to transit 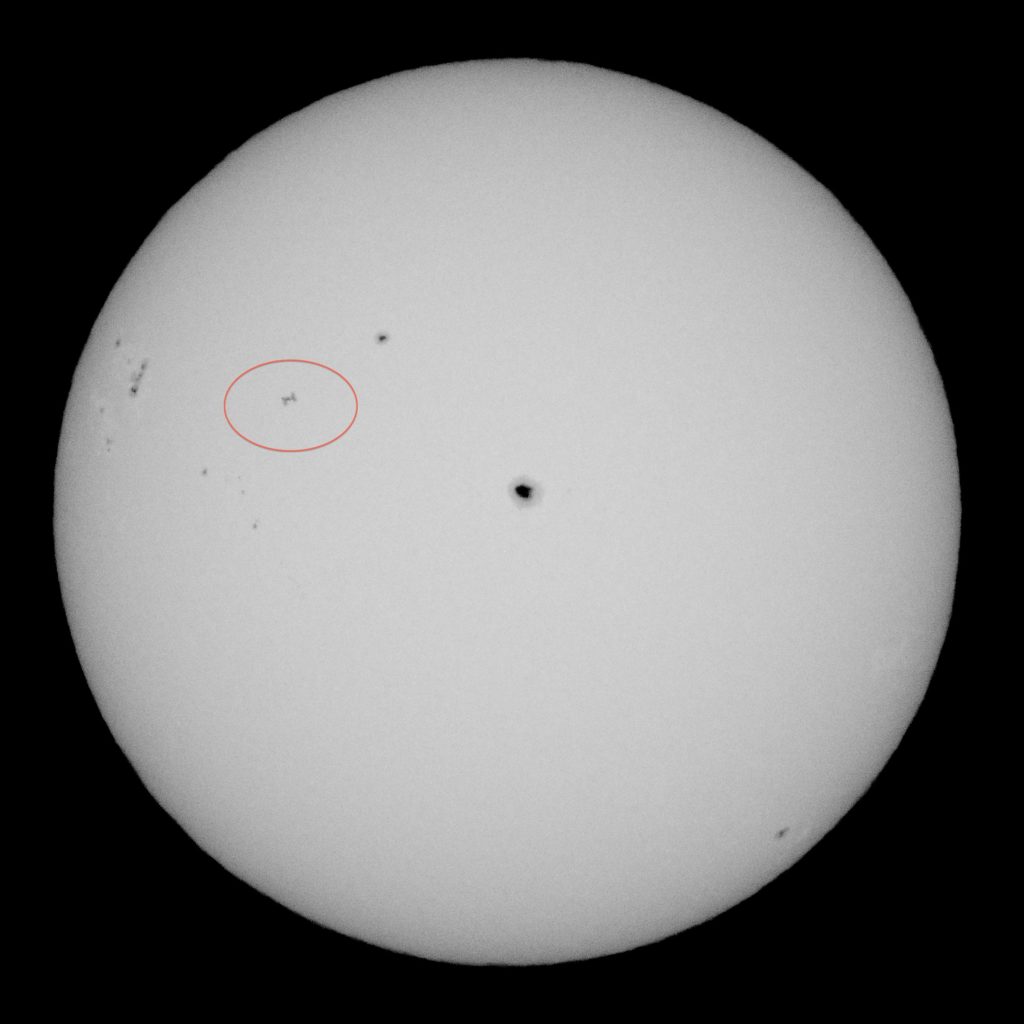 Sun with ISS coming in from north west 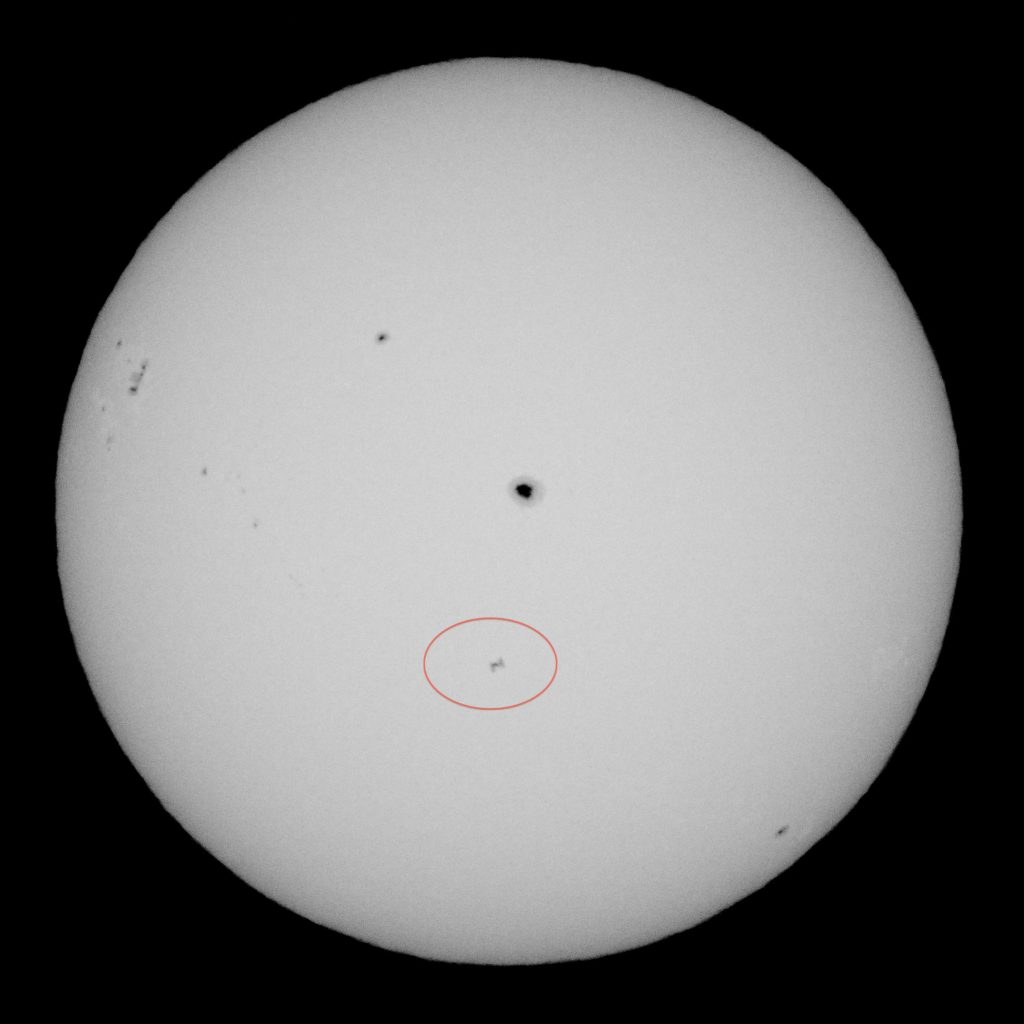 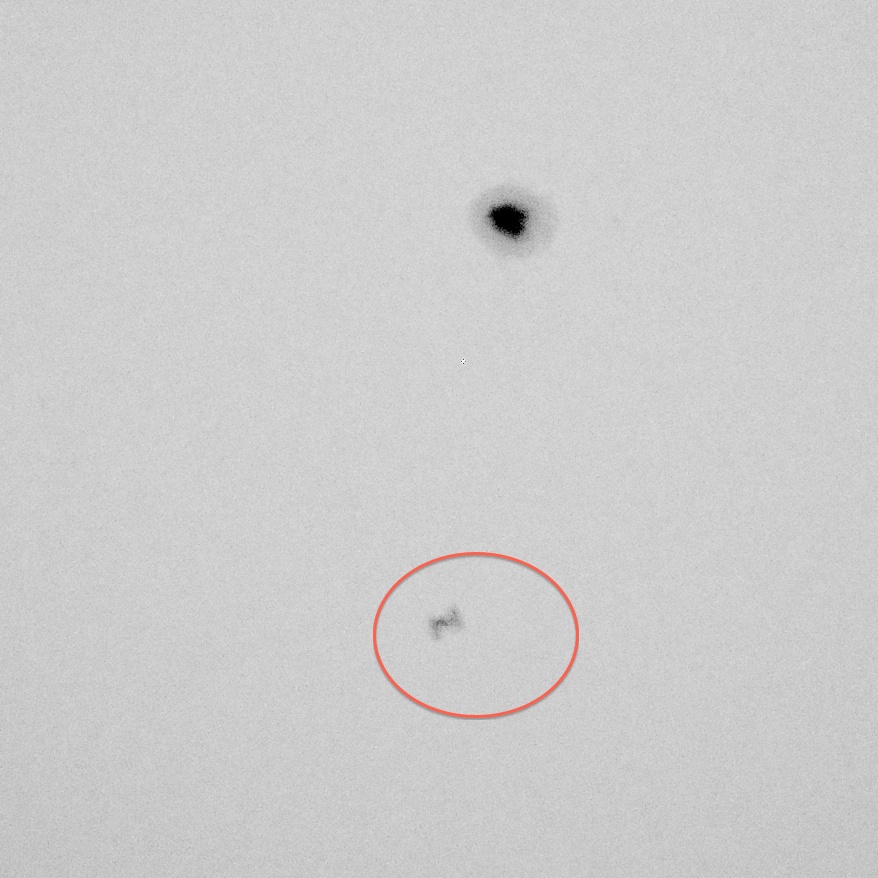 Yes that is really the International Space Station crossing the disk of the sun. You can just make out the structure in the enlarged photo. I higher resolution (i.e. larger telescope) and better focused image should like something like the photo of the ISS below.

A few factoids about the ISS and the Sun :