Looks like we may have a break in the cold weather for a few days. January was very cold at Dogstar Observatory (see graph below) with several days below zero and almost a week when temperatures did not get above freezing. Several nights were very clear with the low humidity that occurs in winter after a front passes through. Unfortunately it was bitterly cold at the same time so not much fun for astronomers (the flats and gaps in the graph occur when we occasionally loose the Internet connection).

Licklog Falls were just about brought to a stop by the cold:

Speaking of weather instruments; we continue to be impressed by the accuracy of the Weather Stick from Louise Sparks. You can watch it yourself on the Rear Webcam from the Webcam tab. As the shots below illustrate, the stick is a good indicator of when the weather is clear or cloudy. December 30th was a miserable day with lots of clouds and rain. 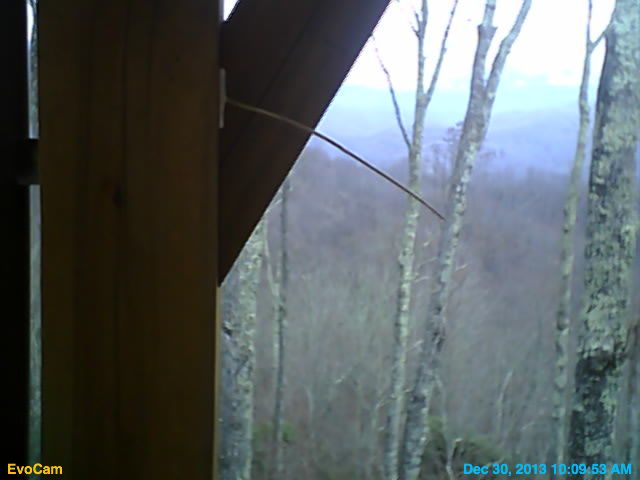 The stick was definitely ‘up’ on January 4th when the clouds parted and the rain departed. How do it know????? 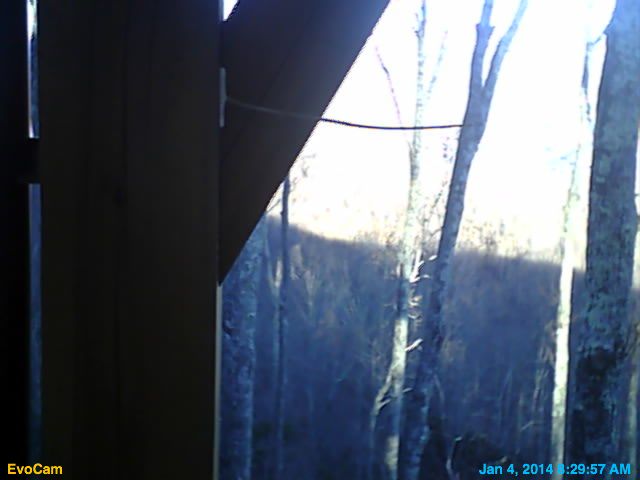 Back in the big city this week, we managed to survive ‘Snow Jam 2014’ by staying in the condo while the streets of Atlanta were covered in snow, ice and abandoned cars: 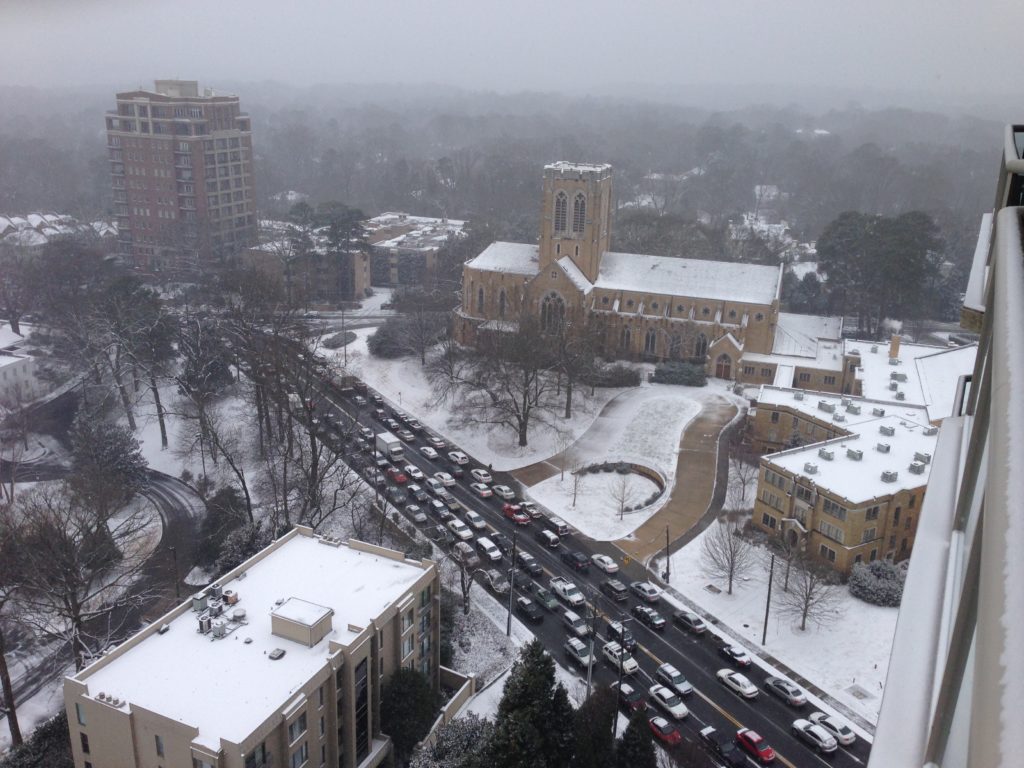 Just like at BMP, the cold and snow in Atlanta were a good excuse to party and watch the chaos on the roads. This was snapped on the phone from a neighbor’s condo:

Ok, back to Astronomy. Hopefully the weather in February will cooperate and we can actually have clear skies combined with reasonable temperatures. The last day of January was a good start. The photo below from our balcony in Atlanta shows a very new moon in the west with Venus above and to the right and Mercury hiding out down and to the right close to the horizon. You can clearly see the ‘earth shine’ on the dark part of the moon which is light from the sun (below the horizon) reflecting off clouds and illuminating the mostly dark surface of the Moon. We were 0n the way out to dinner when I saw the beautiful scene so it was a quick shot with the Olympus OM-D without a tripod. Go out tonight and you may be able to catch the same scene with a bit fuller moon. 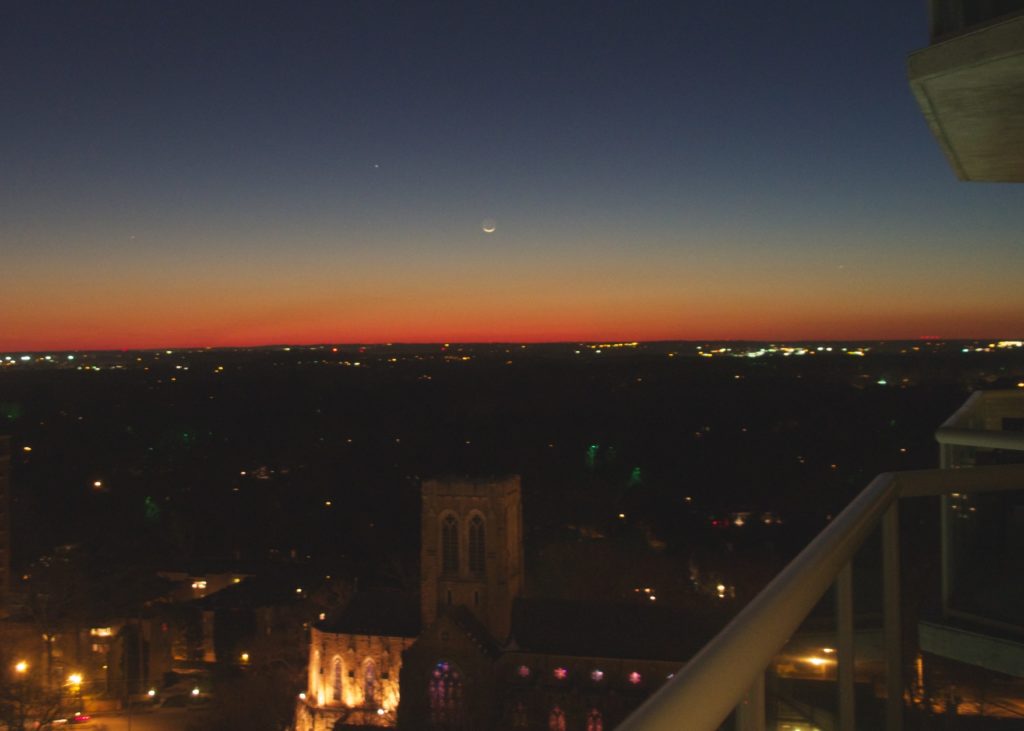 Mercury is putting on its best show of 2014 so try and catch the illusive planet low in the west after sunset in the first week of February.

Jupiter is still very visible high in the sky after sunset. Its just passed opposition and peak brightness in January and will still be very bright all this month. Try to catch a view of the four ‘Galliean’ moons with binoculars. On the 24th Io, Europa, Callisto and Ganymeade will be all on a nice line on the east and west side of Jupiter.

The red planet Mars is getting ready to make is closest approach to the Earth in its 24 month orbit around the sun. It will be brightening rapidly in February and March with peak brightness in early April. It rises around 11 PM this month so its a good time to starting watching it as it rises earlier and gets brighter.

Saturn rises a couple of hours behind Mars this month so best views will be in the early morning before sunrise.

No meteor showers of note this month but you can usually catch the occasional sporadic shooting star on any clear night. Janie spotted one as we were walking back to the car from the Boarding House last week.

Thats all for now. Go outside and enjoy the skies of Balsam Mountain Preserve.