After a great runup of days of completely clear skies we get clouds from the west during the eclipse! Bummer! Despite that we had 20 or so BMP folks stop by for a look through telescopes and eclipse glasses. After a glass of Wayde’s primo wine my disappointment faded and in the end it was a typical Balsam social event and loads of fun.

Accompanying the partial eclipse was a humongous sunspot (one of the largest of the current 11 year solar cycle) with a high potential of solar flares and aurora visible even this far south. Check out the SpaceWeather web site in the coming days for solar flare updates. A really big flare could potentially disrupt satellite communications and even the electrical grid.

Note the solar images are reversed from what you might have seen through a regular telescope due to the use of a mirror in the ‘scope I used for photos. Janie says it also looks like a face with the sunspot as the nose. The last photo is a crop of the big sunspot taken earlier in the day. 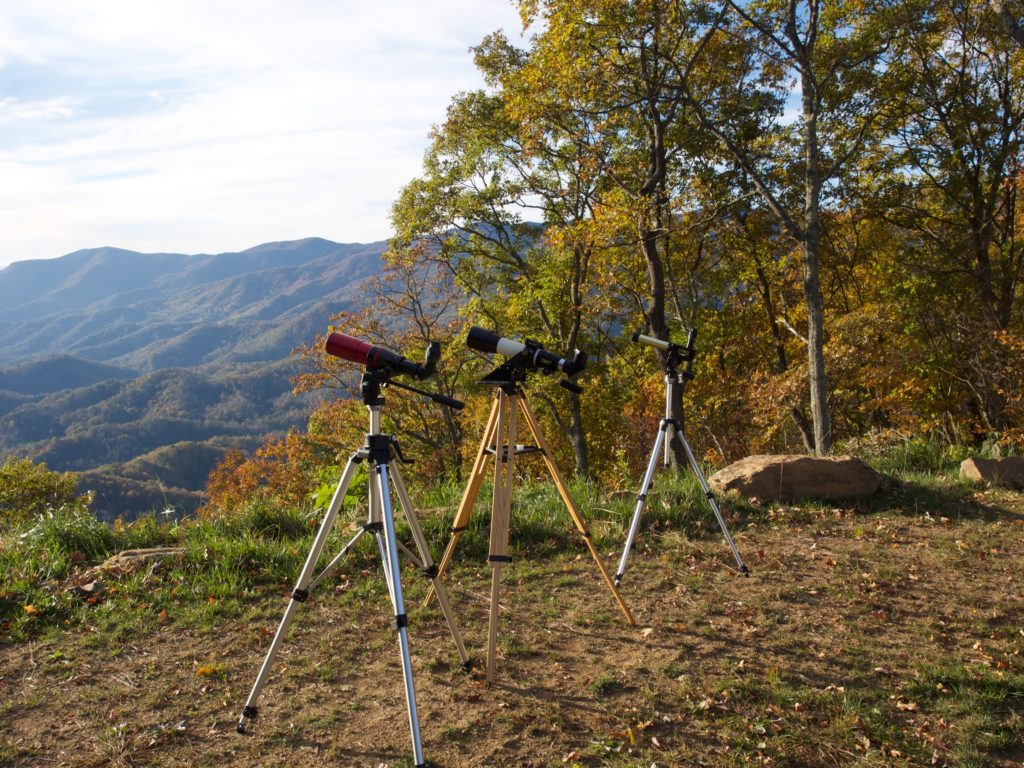 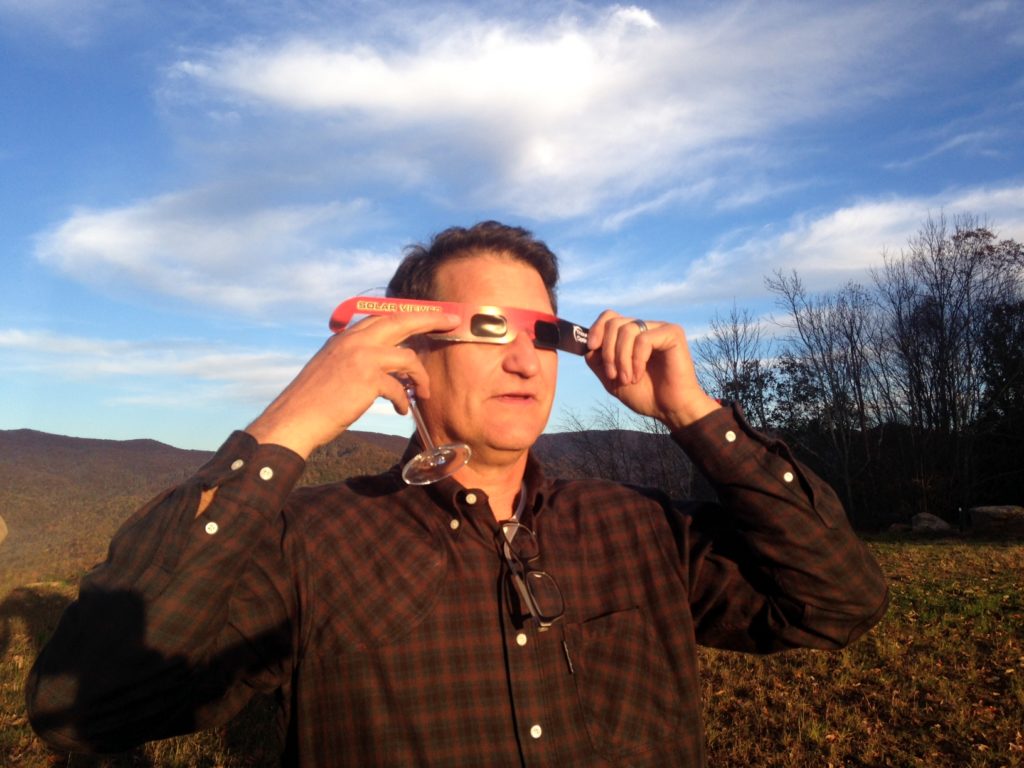 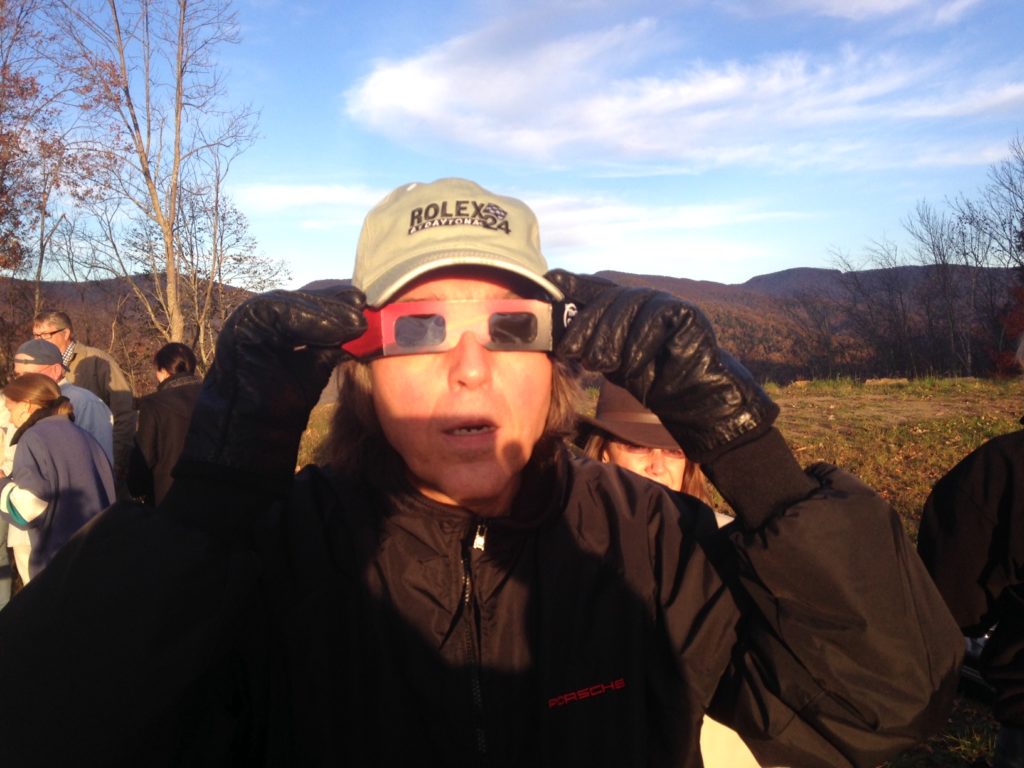 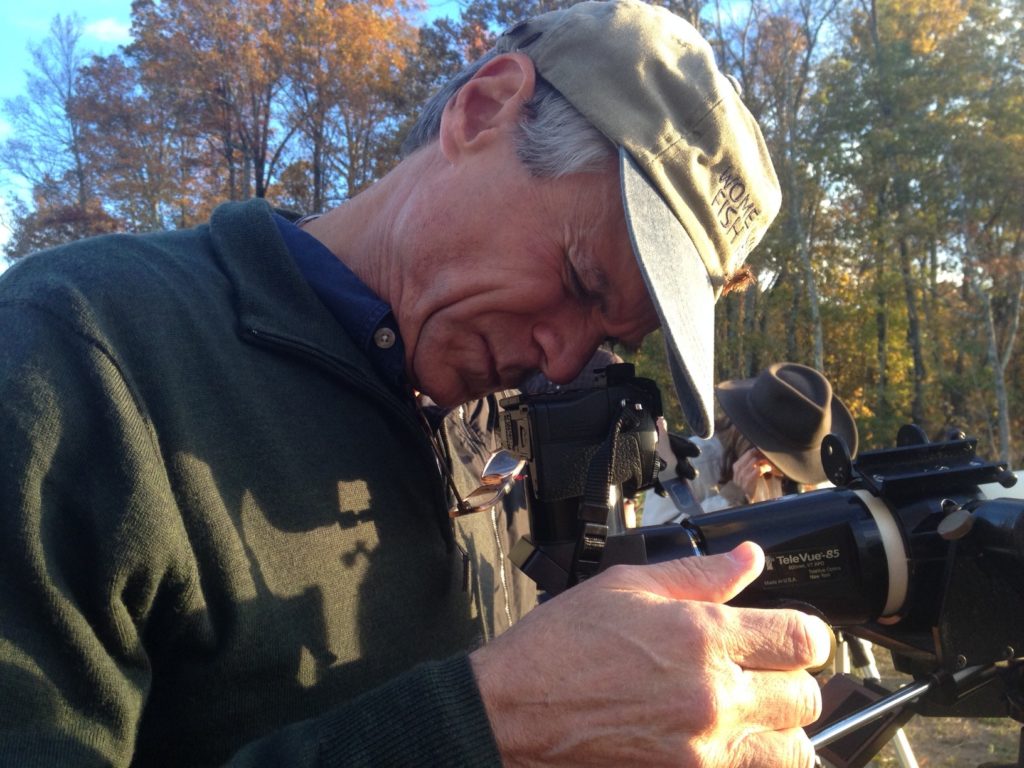