As many of our neighbors know, my wonderful wife gave me a trip to Iceland for my birthday to attempt to see the Northern Lights (technically the Aurora Borealis). We spent a week in Iceland over Thanksgiving where we hoped to encounter the perfect combination of being close to the Arctic circle, clear skies, darkness and an active sun. The Aurora are caused by charged particles emitted by solar storms which occur when sunspots go wild and send streams of particles towards the Earth. This is most likely to occur near the peak of the 11 year solar cycle which occurred last year. We hit three of the four criteria but the Sun was not cooperating. When its really active you see the streams of yellow and green glows caused by excited oxygen atoms high in the atmosphere. Recent reports on spaceweather.com show photos of the Aurora even visible above the bright lights of towns like Reykjavík and Tromslo, Norway.

This photo was taken with a camera on a tripod just outside our room at the Ranga Hotel near Hella, Iceland. The hotel is about two hours east of Reykjavík far away from city lights. (When you check in you can sign up to be called when the resident astronomer spots the Aurora).

The green color was very apparent even with a short time exposure. You can also spot the Big Dipper (part of the constellation Ursus Major) in the right center of the photo. 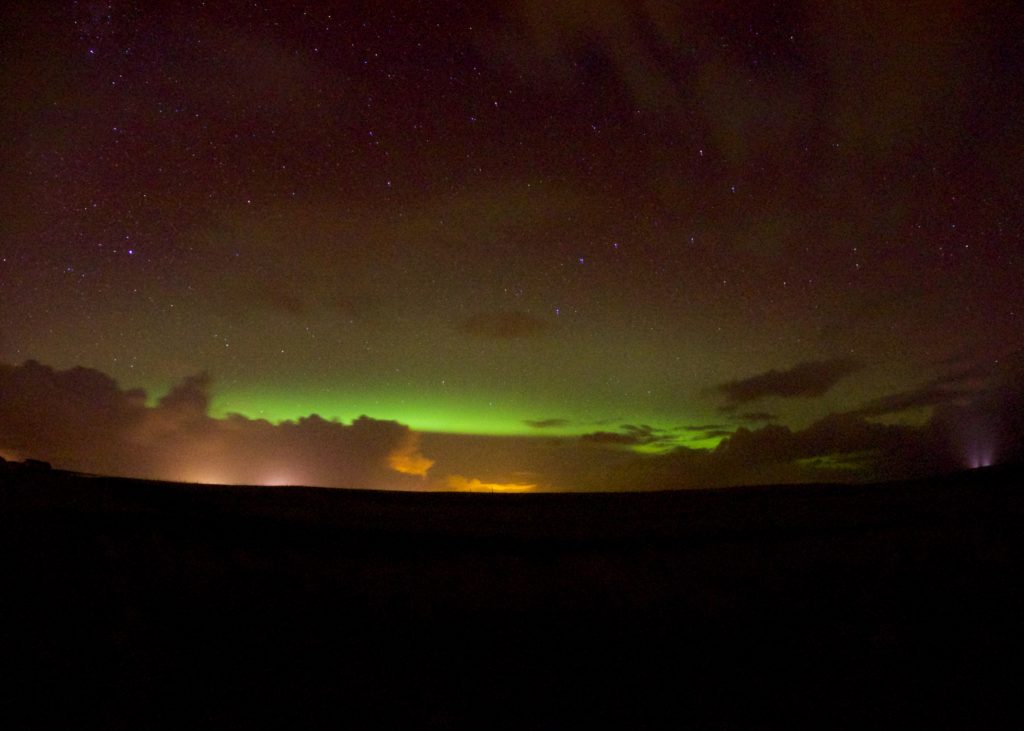