The next few nights are going to be the best time to try and see comet Lovejoy. See the last post for more details. Its passing the Pleiades and has brightened to just about naked eye visibility but definitely take a pair of binoculars or you want be able to find it. I found it easily with binoculars just by sweeping around the Pleiades in the eastern sky just after sunset. By 10:00 PM it will be almost overhead.

I spent about 3 hours in Dogstar Observatory last night and tried to capture some decent photos with my Olympus OMD E-M1 camera. I tried two common techniques to photograph comets – ‘piggybacking’ the camera on the telescope to take advantage of the equatorial mount to track the sky but using the Olympus 40mm f2.8 zoom instead of the telescope. The second method is to mount the camera on the telescope and use it like a really big lens – 800m in this case. The other ‘trick’ is to take dozens or even hundreds of photos and use various programs like Adobe Photoshop and specialized astrophotography programs to align and combine them into a better image. You can see my two early efforts below. The first was with the Olympus zoom which nicely frames the comet and the Pleiades constellation in the same image. There should be more detail in the tail and I will have to try some other tricks to try and bring it out.

The second is a movie of a dozen images through the telescope where you can clearly see the motion of the comet as it zooms away from the Earth and towards the Sun. I hope to get better images as I try various other processing techniques in the coming days. 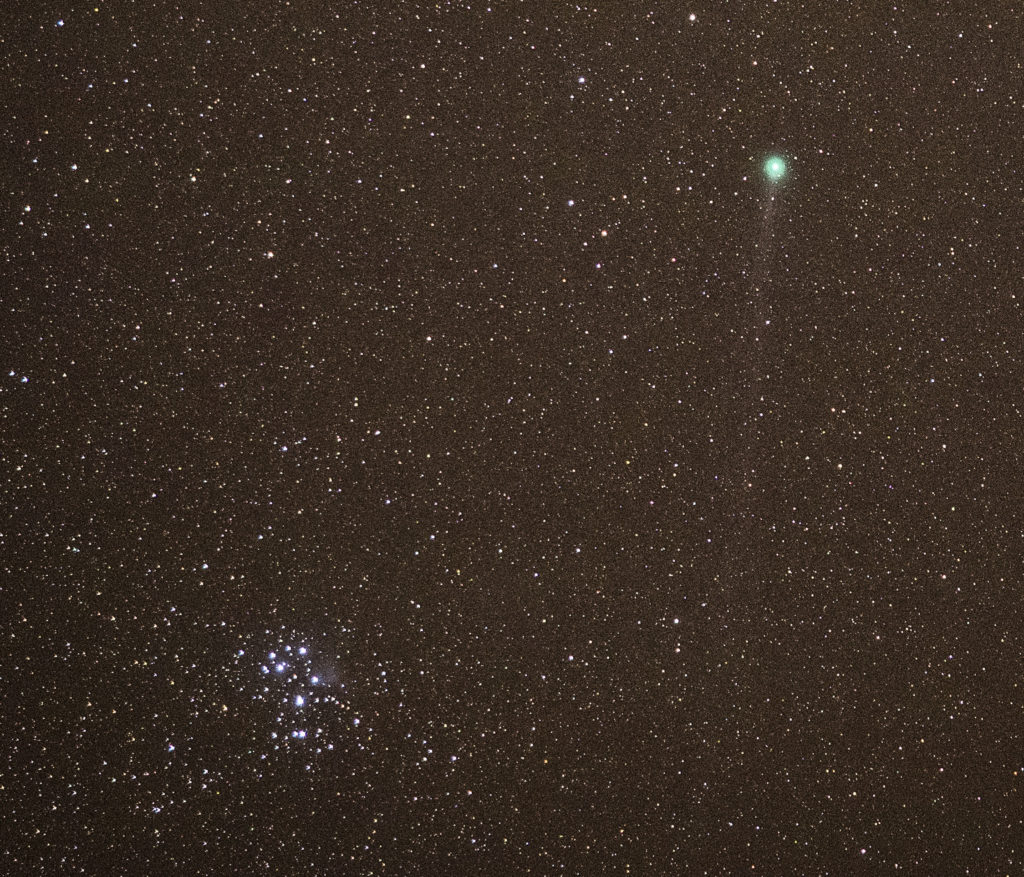