Be sure to go out and see Mars this month. It will be at opposition on July 27th. This means it is on the opposite side of the Earth from the Sun and thus rises at dusk and sets at dawn. Oppositions occur about every two years but this one is special because at the same time Mars is closest to the Earth since 2003. It will be the brightest planet other than Venus and will outshine Jupiter and Saturn. In early July you can easily spot Mars rising in the east about 10:00 PM but it will be at its best later in the month when it rises earlier and the days start to get a big shorter.

Mars viewed through good binoculars or a small telescope should be stunning provided the dust storm that is currently sweeping the planet subsides. Since Mar’s atmosphere is so thin and dry, dust storms can get really big. This one is currently covering most of the planet. The Mars rover Opportunity is currently in hibernate mode since its solar powered and the dust is blocking out the Sun. Hopefully it will recover once the storm passes. The other, newer rover, Discovery, is powered by a nuclear battery so she is plugging along even as the storm makes photography tough.

The photos below (from Space.com) show how the view of Mars has been effected by the storm. 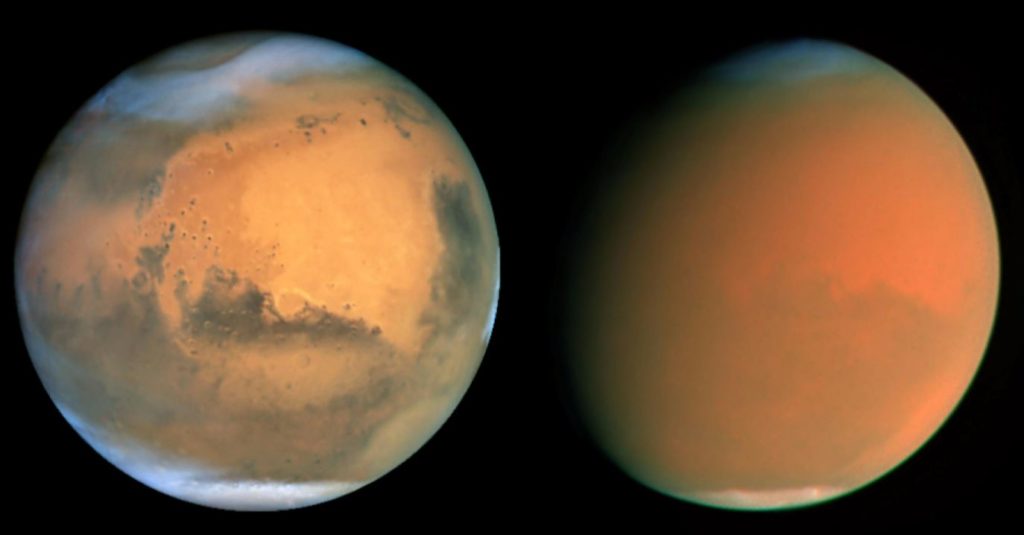